American Heroes Will Be Honored In Upcoming Festival

As a board member of the Edison Festival of Light in Fort Meyers, FL, Carpet One Floor & Home store owner John Taylor shared his experience with the Building for America's Bravest program which lead to the selection of Sgt. Mike Nicholson of Tampa, FL and Cpl. Larry Bailey of Virginia as grand marshals of the Grand Parade that will take place on February 21st.

The Grand Parade is the culmination of the three-week festival honoring Thomas Edison. The choice of grand marshals is one that resonates with the entire community. The Stephen Siller Tunnel to Towers Foundation that supports the Building for America's Bravest program will also be present for the event.

The Foundations' s 9/11 Never Forget exhibit will be open to the public in Fort Meyers during the weekend of the Grand Parade. The exhibit is an emotional collection of artifacts from FDNY firehouse as well as video and audio from the 9/11 and the events that followed. 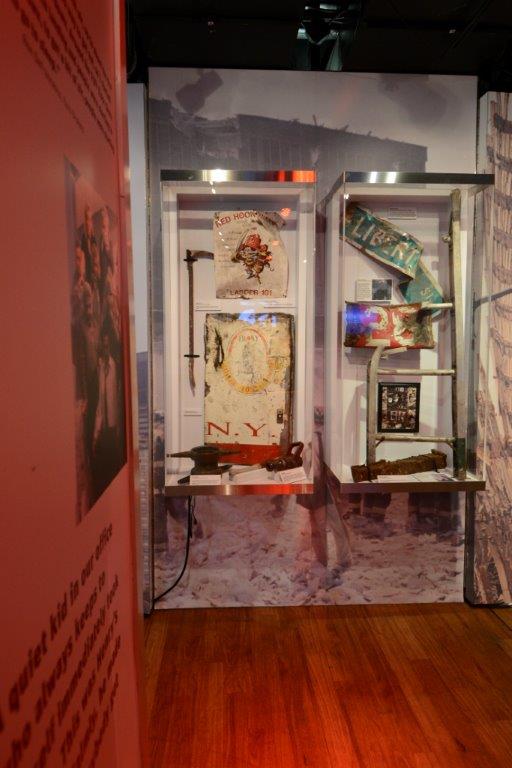 The 9/11 Exhibit that will be open during the festival. FDNY Battalion Chief John Carroll (Ret.) speaks about the events of 9/11 in the exhibit.